Madhya Pradesh is a land ranging from modern to traditional and tribal. This is depicted both in its art and culture. The visual art has been sturdy at the customary stage while contemporary art is determined for a position in cultural space. Identifying the necessity to preserve the rich heritage of the state in general and Bhopal in particular, the state government founded Bharat Bhavan. This independent multi-arts complex and museum is one of its kind in India and is financed by the Government of Madhya Pradesh.

With the inception of Bharat Bhavan in 1982 Bhopal became hub of all sorts of art and literary activities. It’s a multi art center set up to create an interactive proximity between the verbal, visual and performing arts. The complex faces the Upper Lake and houses an art arcade, fine art workshop, an open-air amphitheater, a studio theater, an auditorium, a museum tribal and folk art, libraries of Indian poetry, classical music as well as folk music. 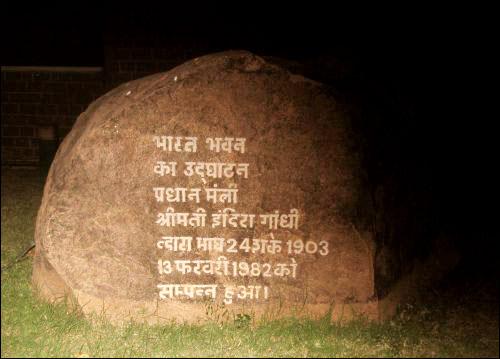 Inaugurated by the then Prime Minister of India Late Shrimati Indira Gandhi it is a perfect example of modern-day expression, deliberation, pursuit and innovation. Bharat Bhavan is a platform for those looking to carve niche for themselves in the field of art and culture. It provides a creative and thought provoking environment to those aspiring to contribute quite original and significant in the field of fine arts, literature, theater, cinema, dance and music. It houses some of the finest and most enduring creations from the towns, villages and forests.

The entire complex has been designed by famous architect Charles Correa with terraced gardens, which would be seen cascading down to the lake. People go into the top level and pace down a pedestrian spine, bordered by a prototype of courtyards, to arrive at different parts of the complex. Each arc and space defines itself. Every branch of the complex is distinctive allied by meandering alleyway.

Diverse units of Bharat Bhawan comprise Rangmandal (a repertory),Roopankar (museum of fine arts), Bahirang (an outdoor theatre), Antrang (an indoor theatre), Vagarth (a center of Indian poetry), Anhad (a library of classical and folk music) and an art gallery within the complex. There is also an Ashram which provide abode for guest artists. No doubt it a one of its kind in Madhya Pradesh and also in India. 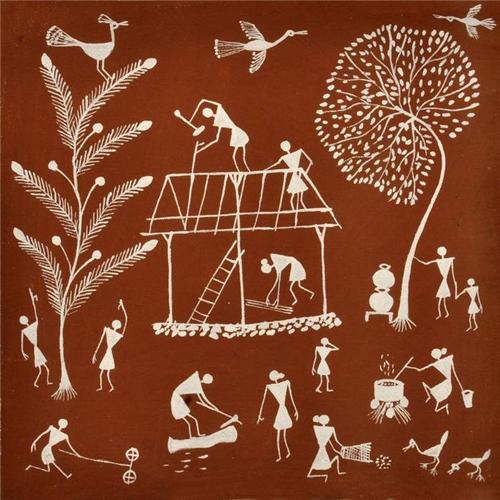 It is the solitary museum of its kind in India that houses and displays modern-day folk and tribal art . There are about 6000 ethnic and folk art objects and almost 2,500 contemporary art work in the collection of Roopankar museum. Roopankar has two fully equipped workshops one for print making and another for ceramics. Facilities for stone carving and bronze casting are also available. It organizes camps and workshops to bring urban and folk artists face to face and to open new avenues of creativity through dialogue and confrontation.You can find works of many eminient artists like Maqbool Fida Husain,J.Swaminathan, N.S.Bendre, HenryMoore, K.Subramaniam,Satish Gujaral,Krishna Reddy,Ram Kumar and many others at Roopankar unit.

It is a professional repertory. It owns an impressive theater library and data bank. The unit imparts practical training to its member. This arm is a specialized repertory which has at its disposal a wholly equipped indoor auditorium, Antarang, an amphitheater Bahirang, and a studio drama Abhirang. It owns a remarkable theater collection and data bank. Till date Rangmandal has successfully presented more than 1000 shows of over 50 plays. Rangmandal also has to its credit several successful performances in Bundeli, Chhattisgarhi and Malavi dialects of Hindi.

This is the center of Indian Poetry which intends to accumulate and conserve the medieval and modern-day poetry in vocal, printed or in the written form.Vagarth's library houses more than 13,000 books including books of poetry in Indian languages, English paraphrase of poetry in foreign languages, works on poetics, literary criticism and traditions. Rare manuscripts of celebrated Indian poets, hundreds of audio and video recordings in Bharat Bhawan by noteworthy Indian poets are also collected in Vagarth's collection. The major activities of the center include solo and collective poetry evaluation, dialogues centered on renowned artists and writers, translation workshops and companionship, financial aid to under- resourced literary.

This wing is designed for conventional, folk and tribal music. Anahad, aims to safeguard the tribal custom . The main work of Anhad consists of managing performances of conventional folk music and dance, organizing sequence of music concert. Anhad have a compilation of around 2000 hours of audio and video cassette, manuscript on music and dance and more than 100 long concert records of foreign music to aid orientation and research. 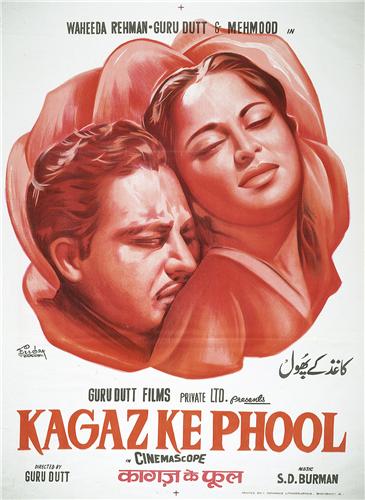 This is newly inaugurated center for classical cinema.It organizes screenings of classical films from across the world. Till date it has organized several Film Festivals based on numerous themes.

Bharat Bhavan within a period of 23 years has structured hundreds of programmers of national and international renown including six international Biennials of Print Art, and the same number of biennials based on the modern-day art of India, World Poetry Festival, Asian Poetry Festival and the theatre workshop of the commonwealth nations. There are abundant art display, art seminar and show centered on the extremely renowned celebrities of art field. In recent years Bharat Bhawan has emerged as an apt platform to get recognisation. It is often booked by the MP Government and other governmental bodies for organizing cultural or traditional events in Bhopal.

FRIDAY ENTRY FREE
Entry in the Drama performances free for the members.