The city of Bhopal with its beautiful locations is perfect for all those looking to spend their vacation. Enjoy your trip to famous places in and around Bhopal to explore its hidden beauty. While in the city you can travel to Upperlake, Bharat Bhavan, Sadar Manzil , Gohar Mahal,outside city you can plan your trip to Sanchi Stupa, Bhimbetka Caves, Bhojpur temple and many other secular and religious places . 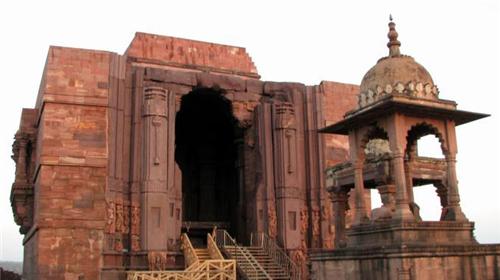 Bhojpur temple that stands on the banks of Betwa river is one of the reverent temples in India. It is located 28 km away from the metropolitan city of Bhopal. The Bhojpur temple enjoys a significant religious leverage across the nation. The temple is dedicated to Lord Shiva and houses one of the largest Shiv Lingam. The Shiv Lingam at the temple is 5.5 m (18ft) tall and 2.3 mt (7.5ft) in circumference.The temple is an allegory of the supreme ancient architectural lucidity. The building bears lofty inner cella interleaved with massive pillars and rounded off with a prolific dome.

The incomplete temple with the undone architectural work form part of many folktales and folklores. The stone quarries can be found even today. The architectural carvings exhibit the plans and procreative methodology adopted by the skilled artisans and craftsmen. In the vicinity of the temple there is a cave dedicated to goddess Parvati, the consort of Lord Shiva. The lower portion above the Parvati cave contains the remnants of the palace of illustrative King Raja Bhoj of Parmara dynasty. 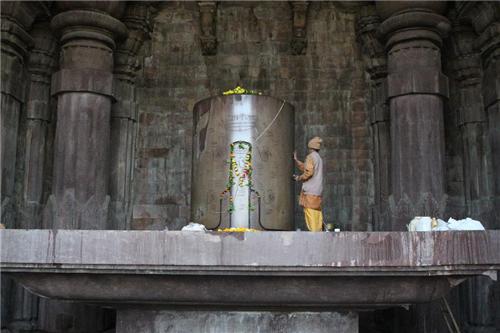 The other interesting parts around the temple are Mantunga Acharya Shrine, Palatial graffiti, Earthen ramp and Sati Pillar. The historical enthusiasts can enjoy a studious glimpse of the palatial remnants. Though the temple is visited though out the year but it attracts crowd in lakhs on the eve of Maha Shivratri. On this occasion devotees from across Madhya Pradesh and Bhopal throng to this holy place to seek blessings from the supreme deity.The shoppers can enjoy a window shopping or purchase resplendent Chanderi and Maheshwari saris in the city of Bhojpur.

Nearby Places of Interest

The other places around the temple that kindle the touristic zeal are Bhimbetka and Sanchi. Bhimbetka is a place that retraces the oldest evidential prospects of human life in India. The place was declared as the World Heritage Site in 2003. Situated at a distance of 45 km from the city of Bhopal, the place is famous for its rock shelters and prehistoric paintings. The name Bhimbetka receives it's name from an imputation based on the belief that it's a sitting place of Bhima. Another place to visit is famous Sanchi Stupa. Sanchi offers a touristic asylum to people as it houses a Great Stupa constructed by the Emperor Ashoka. Ashoka held the place in reverence as an architectural ode to his reverent Lord Buddha.

How to Reach from Bhojpur ?

Bhojpur is 30 km away from Bhopal and it takes around 30-45 minutes to reach Bhojpur via road.