Bhopal, the capital city of Madhya Pradesh shares its boundary with two famous lakes namely Upper Lake and Lower Lake. Both serves as hot spot for tourists. Bhopal is a melting pot of diverse religious values and believes. In the busy yet beautiful city you can find many religious structures giving the message of love and brotherhood. From beautiful Hindu Temples to Mosques, Gurudwaras and Church you can find all . The city houses some of the famous mosques like Taj ul Masjid, Moti Masjid and Jama Masjid. These Mosques in Bhopal build during 19th century reflects the art and architecture of bygone era. Similarly the city is dotted with many famous temples like Khatlapura Temple, Gufa Mandir and more. These Temples in Bhopal reflects the religious believe of the inhabitants of the city.

The city also home to famous Guru Nanak Tekri Sahib, one of the oldest Gurudwaras in Bhopal and India. Today the city has a healthy population of Sikhs.A beautiful example of the synergistic fabric of the city is the location of Gurudwara Mata Sahib which is in the vicinity of the Farhat Afza Bagh Mosque and the Kaali Mata Mandir in Morarji Nagar.There are many other Gurudwaras spread across Bhopal teching the message of religious tolerance and brotherhood in the city. Most of them receive aid and support from the Sikhs living in Bhopal and other parts of India. With imposing dome and a beautiful flagpole with the symbol of Sikh contingent these Gurudwaras serves as a beautiful places to visit in Bhopal. Complete marble flooring with a prayer hall reflects the architectural beauty of the famous Guruwaras in Bhopal. Below lies comprehensive list of all the Gurudwaras in Bhopal along with address. 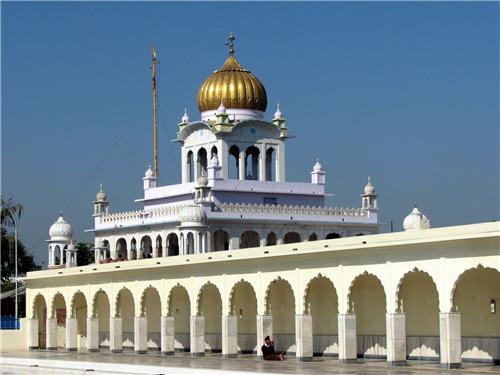