Building a enhanced globe where everyone get most excellent amenities to exist contentedly, bring into play many companies to extend upgraded infrastructure in urban areas. With an intend to progress and augment urban infrastructure of the city, there are many infrastructure companies operating in Bhopal developing a number of projects.

Industrial development in Bhopal has seen a surge in recent times. Other than the extensive industries of the state owned Bharat Heavy Electricals Ltd, and the Bhilwara Group owned HEG, both of industries operating from the past decade, the manufacturing cluster of Mandideep located few kilometers from the central city houses the industrial unit of many companies like Crompton Greaves, Lupin, Procter & Gamble, Parle Agro, and the Vardhaman Group. Lupin, one of the renowned pharmaceutical companies has commissioned its services at Mandideep spread across an area of 65 acres comprising 32 large and 252 small and medium enterprises. 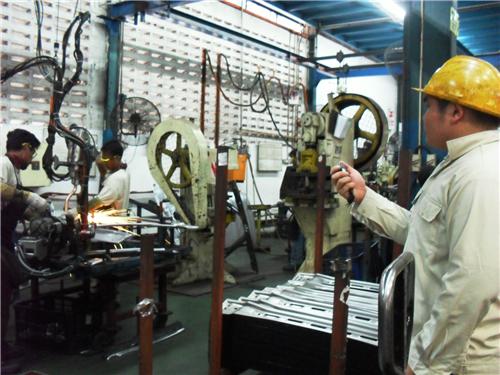 The city also houses budding Pilukhedi with 6 large and 3 small and medium sized enterprises. The service industry comprising mainly Banks and insurance, Hotels and restaurants, hospitals, educational institution is turning out to be progressively more significant offering the best part of employment in the city. The state economic development policy recommends the city to be developed as a hub for education. The Bhopal Municipal Corporation has constituted a city advancement plan for accomplishing better competence and to bring in the uppermost promising echelon of service to the society. Bhopal Municipal Corporation has articulated numerous diverse functions associated to the stipulation of urban basic services including Water supply, public health and sanitation, solid waste management.

Water supply and sewerage in the city of lakes is managed by the Bhopal Municipal Corporation. The city gets its water reserves from the Upper Lake and the Kolar dam. The water from the upper lake is sent to seven treatment plants for filtering while the water from the Kolar dam is sent to two treatment plants and is finally irrigated for domestic and commercial use. The city is also dependent on the ground water although the supply is confined to limited areas. The city however does not constitute for a planned and full fledged sewerage system. Eventually the majority of the sewage pours into the upper lake which in due course flows into the Halali, and Betwa River.

Electricity in Bhopal is supplied by Madhya Pradesh Electricity Regulatory Commission which is authorized for validation of tariff, to uphold competition, competence and financial system in energy industry, to standardize the function of power system, to place values, control the functioning of licensees thus enhancing the financial strength of Electricity Utilities taking into deliberation, the concern of the clients.

Bhopal the capital and second largest city in the state of Madhya Pradesh has the National Highway (NH12) connect the city to several big cities. National Highway 86 connects the city to Sagar in the East to Indore in the West. The city has a good railway network linking most of the big cities of the country. The Bhopal domestic airport unites the city to Delhi, Mumbai, Gwalior, Jabalpur and various principal cities of the country. Infrastructure developments are in progress to develop the airport to international standards thus catering to the infrastructural upholding of the city.

The local transportation in the city is taken care by the BCLL (Bhopal City Link Limited) having widespread bus services inside the region and expressway. The company has a fleet of more than 100 buses operating on a daily basis. The local transport in the city is also supported by mini bus which has its reach to trivial parts of the city. The tempos, auto rickshaw and taxis also provide a significant contribution to the transport network of the city.


Explore more about Business and Economy of Bhopal