If you’re in Bhopal and craving for delicious sandwiches then you must try Subway outlet located in the prime location. A mouthwatering sandwiches will definitely lift up your day. The Subway restaurant no doubt is world famous for its uniquely delicious submarine sandwiches. Originally a fast food franchise in America, Subway today has spread across nook and corners of the world. The first subway opened up in California in 1978 and was an instant hit. Subway has definitely made a name for itself. They have ranked in the Entrepreneur magazine's Top 500 Franchises list. It ranked #2 in 2012 and it didn’t stop there. They also ranked #2 on the "Fastest Growing Franchise" and "Global Franchise" lists. At the end of 2010, Subway became the largest fast food chain worldwide, even beating McDonald’s by 1,012 more restaurants with 33,749 restaurants.As of November 2013, Subway has 40,735 restaurants in 102 countries , making it one of the fastest growing franchises in the world. 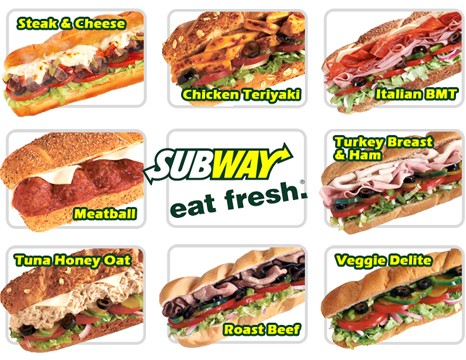 Being the largest single-brand restaurant chain and the largest restaurant operator globally, you can find its outlets in major cities of India including Bhopal. Subway understands and respects the needs and customs of different countries and hence their menu varies between countries, most extensively where there are cultural compulsions relating to the non-veg foods.They slogan ‘Eat Fresh’ defines who they are! They advertise and stress on the fact that their food is fresh and focuses on how they prepare their sandwiches made from fresh ingredients and freshly baked bread in front of customers to their exact specifications, by employees whom Subway calls "Subway Sandwich Artists".

With outlets opening up all over the world, India was going to be no exception. The first Subway restaurant opened in India was in New Delhi in 2001 and from then on it started growing in different parts in India. As of January 2013 there are 395 Subway restaurants in 68 cities of India. The Subway restaurants understand the need of not serving pork and beef products in respect to the Hindu and Muslim beliefs respectively and have an extensive range of vegetarian products . On September 4, 2012, Subway opened its first all-vegetarian outlet on the campus Punjab based professional university and later on March 6, 2013, Subway followed with its second all-vegetarian outlet also offering Jain food in Ahmedabad.

Popular items on the menu of Subway in Bhopal 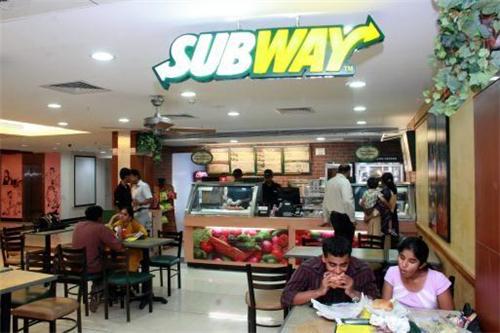 Apart from the above mentioned items in Bhopal you can also try out Subway amazing breakfast specials of Cheese and egg, Western egg and cheese, Chicken Ham and egg. If you’re on a diet and looking for more greens you can try their healthy salads ranging from Veggie delight to tuna and Turkey. You also have an option of making your very own sub salad. If you crave for something sweet after the meal you can try their rich chocolate truffle cake or their tasty little cookies of oatmeal, single chocolate or double chocolate. You can wash all of this down with their wide choice of beverages like Cold Coffee, Iced Tea, Diet Coke, Snapple, Coca Cola, Sprite and Fanta. As of now there is only two SUBWAY outlet in Bhopal but it’s definitely worth the try. With its delicious assortment of food, both are worth visiting eating destination in Bhopal.