Bhopal has some of the most famous temples revered by millions of devotees. These beautiful temples reflect cultural traditions of Hindus in Bhopal which are an amalgam of ethnic traditions of the past and the innovative architecture of the present. Paintings of the temple walls give a peek into the life of many Hindu Gods and Goddess making the devotees mingle in the devotion with the supreme deity.Come lets know more about famous Hindu temples in Bhopal. 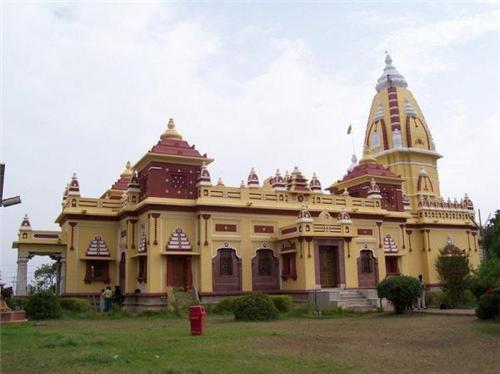 The breath taking view of lower lake and the peace of heaven are the main attractions of this temple. Situated on the top Arera Hills, Laxmi Narayan temple is one of the finest example of contemporary temple art in India. Also known as the Birla Mandir it is devoted to the Goddess of prosperity, Laxmi. Apart from Goddess Lakshmi and her heavenly consort, Vishnu, you can also find idols of Lord Shiva with his wife Parvathi in the temple. The glorious archway mark the entry to this famous temple which attains festive look on the eve of Lakshmi Puja.

Gufa Mandir at Lalghati - Narsingh Road is nearly seven kilometers away from Bhopal city. Sant Narayan Dasji Maharaj is credited to established a Shiv Temple inside the rock cave and so its got the name Gufa Mandir.This is one of the rarest temple structure. Hanuman Temple is a prime source of attraction at this place. This place also serves as an Ashrama and gives vedic lessons to the interested students. 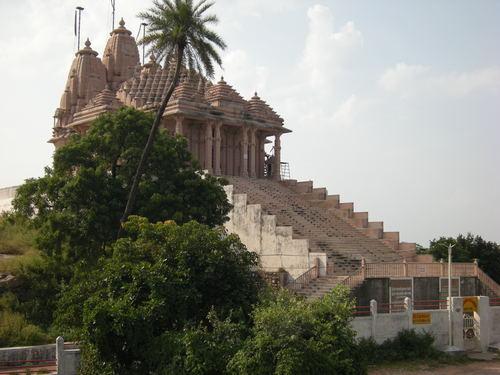 Manua Bhan Ki Tekri situated atop a hill is a famous pilgrimage spot for Jain devotees.The place is known for its exquisite architecture and panoramic views of the city. Also known as Mahaveer Giri, the tekri houses the footwear of Jain saint Shri Jindutta Sureshwarji, Acharya Manutung, and Maharaj Shri Vijay Suriji along with an idol of Shri Man Bhadarji.On the event of Kartik Purnima, a big fare is held in the temple every year.

An ancient Lord Rama temple, built in 19th century is a living example of the heights of Indian Art in past. Situated near the Lower Lake, this ancient temple was built 150 years ago. Though the temple is dedicated to Lord Ram, it also contains beautiful idols of Laxman, Sita and many other Gods and Goddesses. The famous attraction of this temple is the Do-Gyaras festival which is held annually and people from all part come to participate in it.

A temple of Sri Kanchi math was established in 1984. The Shankaracharya of the Kanchi Math is the main priest for all the Kanchi Math temple. Lord Karthikeye is mainly worshipped although shrine of other Gods can also be found here.

Bhojpur temple is a famous religious place for the Hindus. The largest Shiva Lingam of India is worshiped in the temple of Bhojpur. The temple is made of rocks and is revered by pious hindus. The height of the lingam is as high as 18 feet. The temple was never completed even after centuries. Apart from the religious importance, this place is famous picnic spot. Every year, on the occasion of Maha Shivaratri, a big mela is organized at Bhojpur.